Hello from Saskatoon, Saskatchewan! If it’s not now it was raining pretty good earlier so that’s why I’m able to write again. If it wasn’t raining I’d be out doing maintenance on our truck. As it is I’m writing this while waiting for my clothes to dry.

We’re in Saskatoon because CN decided to move us. They didn’t even ask our company, they just told us so we had to phone our company and ask what’s up?!?! Makes me wonder who I’m working for sometimes! 🙂  Anyways after this move there’s just one province I haven’t worked in that my company has a contract with railroads. That province is Manitoba.  Of course there’s no rail in PEI and only one in N&L and another company has that contract. So I won’t get to work in every province but 8 out of 10 isn’t bad.

Good morning boys and girls. I’m writing you from Fort St. John, B.C. I’ve been in northern Alberta and Bristish Columbia for the last 4 weeks. It sounds like I could be here quite a while. If that’s the case I have to start putting my foot down and stop going out with the guys so much. I feel like what I lost the first 3 months of the job I’m putting back on the last month. On top of that I’m losing money eating out. Every day I pay more than $27 for food I lose money because that’s what my company pays us for food.

Other than that the job is going pretty good so far. I’ll be 4 months in this coming Monday so I’ve almost learned everything I’ll probably need to know if I just stay a driver. Now that I’ve gotten this far the job seems pretty easy and actually pretty boring some days. The money though is pretty good so I’ll be sticking it out for a year or two anyways. I’ll be debt free next week. After that I’m putting my money away for retirement.

To end I’ll leave you some pics of a rail camp we stayed at this week. 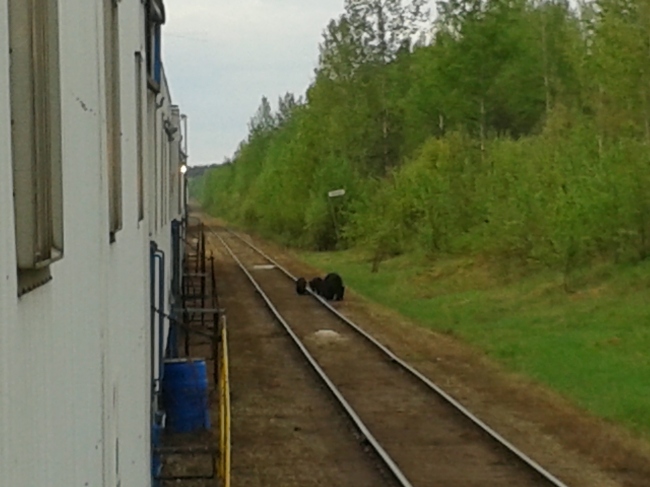 s of my job. The pics are from a rail camp we stayed at one night this week. We’ll be there a couple night next week too. 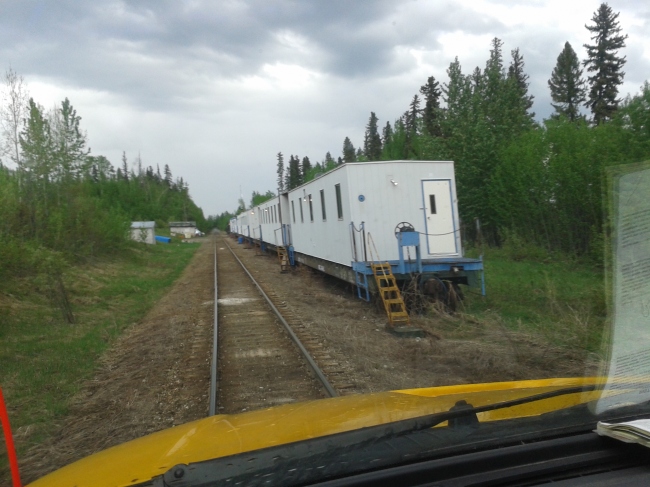 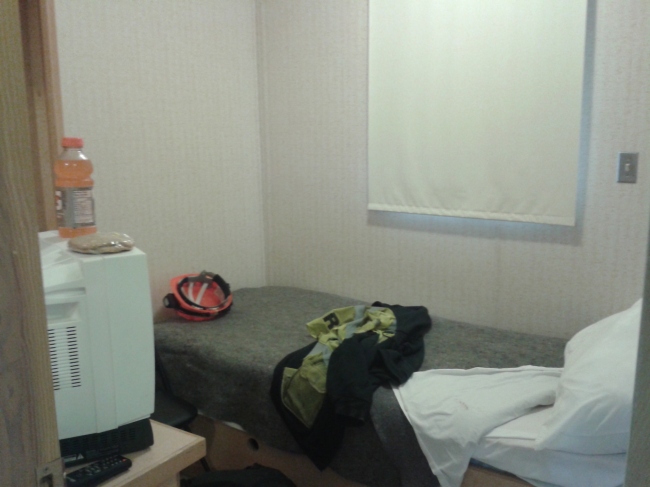 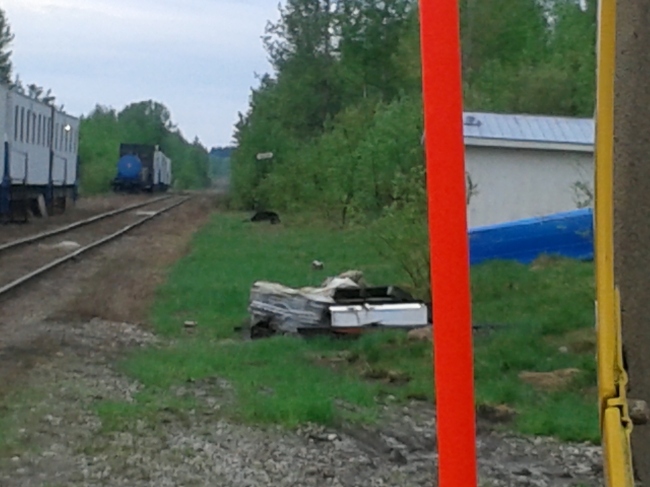 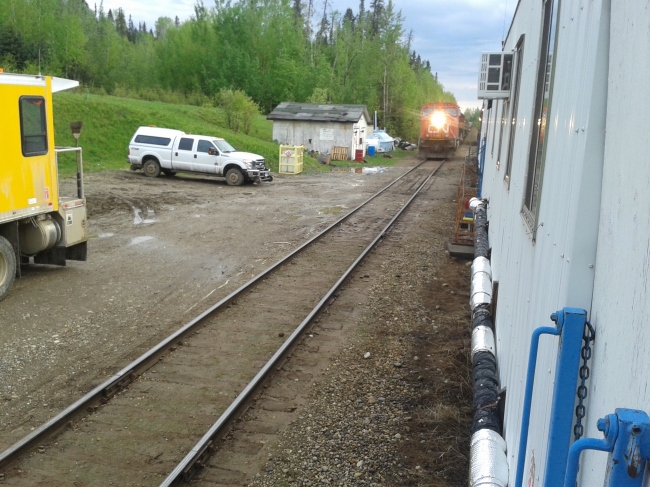 Miss It But Usually Tired

Wow it’s a little dusty in here! Sorry I haven’t been around forever but I’ve been working a lot. My old job I’d work 30hrs a week. The new job I work 60-70hrs a week. By the time I’m off each shift I’m usually too tired to blog or read blogs. Hell some nights I don’t even bring my laptop into my hotel room because I may only have an hour before bed. So as like I tell family and friends I had to change jobs and with it my life has changed. Till I change jobs this is the way it’s going to be unfortunately.

I wish I could tell you how my weight loss is going but I don’t know. I haven’t been home or on a scale in 6 weeks at least. Based on how my clothes fit I’d say I’m losing weight slowly. I was hoping I’d get home this weekend but CN in it’s infinite wisdom changed our schedule twice this week which means I won’t be going home. It’d be nice to get there next weekend though since it’ll be Mother’s Day. BUT it’ll depend on where I am and what the planned schedule says….as usual 😦

For the two of you that have been following me I was thinking I’d just friend you on Facebook as I don’t think I’ll be on here much in the near future. What do you think?